Sharing their passion for dance is what each of our faculty members loves doing each and every class. 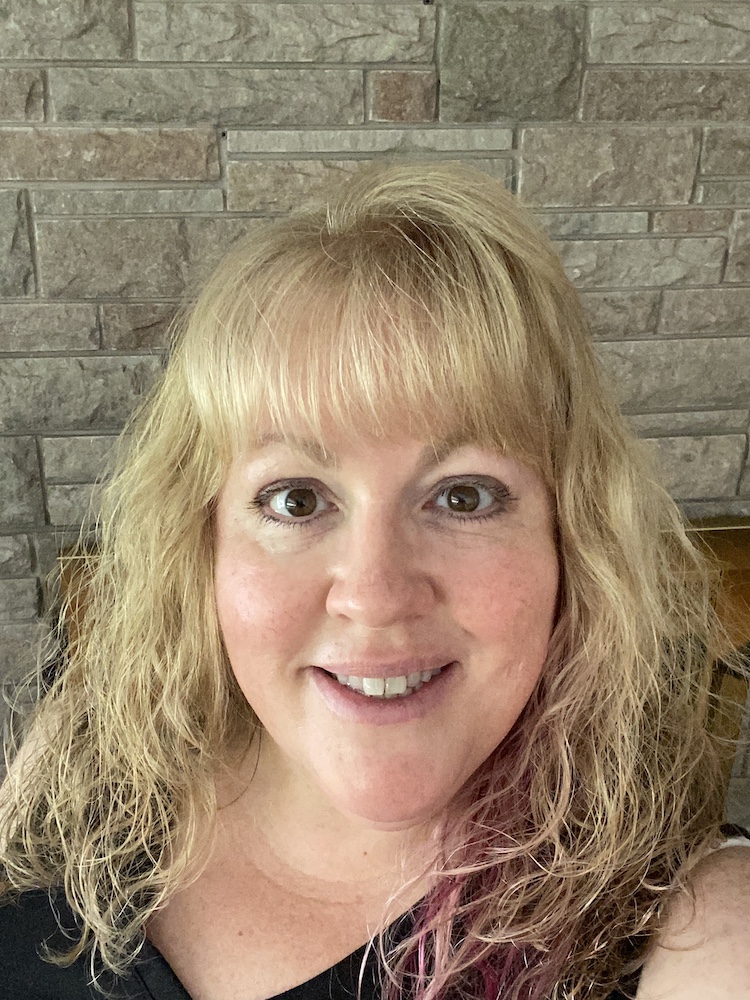 Jennifer is the founder and director of Dance Express LLC and the Dance Express Dance Company. She has over 45 years of dance experience. She is a graduate of The University of the Arts where she majored in Dance and also holds a Master of Science degree in Early Childhood Education. As a dancer, she has performed and competed in Connecticut, Massachusetts, Rhode Island, New York, Pennsylvania, Maryland, New Jersey, Tennessee, and Florida. As a teacher and choreographer she has worked in Connecticut, Pennsylvania, and Florida. In Florida, she founded the En Pointe Dance Company which won several awards in regional and national competitions. She has choreographed productions of Water Babies and Mary Poppins. She has also choreographed for the Miss Palm Bay Pageant and worked with inner-city after-school programs in developing and producing It’s All About Us shows. Some of her students have gone on to dance professionally with the Orlando Ballet, the San Jose Ballet, the Voyage of the Seven Seas Cruise Line, the touring company of Lord of the Dance, and in Las Vegas. She is the Director of XRae Dance Company and she is on the Advisory Council for the OASIS Dance Company. She is included in the book Creative Careers: Paths for Aspiring Actors, Artists, Dancers, Musicians, and Writers by Eliana Loveland. She continues her education every year by attending teacher conferences and conventions. She is a member of the National Dance Education Organization, NAEYC, the Professional Dance Teachers Association(PDTA), and the International Tap Association(ITA).  She is also the creator and an instructor of Express It!™ Dance Fitness.

Theresse has been with Dance Express since it opened. She is attending The University of the Arts as a dance major. She is a graduate of Arts at the Capitol Theater Performing Arts Magnet High School where she was a dance major and has attended the University of the Arts Pre-College Program in 2016 and 2017. She is the Co-Founder and Choreographer for XRae Dance Company. She also dances with the Oasis Dance Company under the direction of Steven Khaos Wilson. She has performed with Oasis throughout Connecticut and Washington, D.C. and competed with them in the RAW Hip Hop Battle in New York. She has trained with the Rockettes, Tiana Mancuso, Sarah Mallory, Nichola Johnson, Brian Freidman, Shelia Barker, Lane Napper, Alex Wong, Twitch, Eleanor Scott, Cris Judd, Tyce Diorio, Dave Scott, and Mia Michaels.  She studies at Broadway Dance Center.  She has competed in Connecticut, Massachusetts, Rhode Island, and New York and was a National Dance Champion in 2010, 2011, and 2012. She has been awarded the Young Choreographer’s Award and many other special awards.  She was the 2015 recipient of the Kenneth Jenkins Memorial Scholarship Award. Theresse has traveled to Ireland, Scotland, Nicaragua, Costa Rica, and Spain. In Ireland, she had the opportunity to train in Irish Step dancing and in Costa Rica and Spain she had the opportunity to train in Latin dance.  She specializes in teaching Modern (Limon), Ballet, Latin, Creative Movement, Hip Hop, Bollywood, Jazz, and Improvisation. She is also a certified instructor for Express It!™ Dance Fitness. Theresse made top three for Best Dance Instructor in the 2019 Reader’s Choice Awards and has been nominated for Best Dance Instructor 2020 Reader’s Choice Awards. 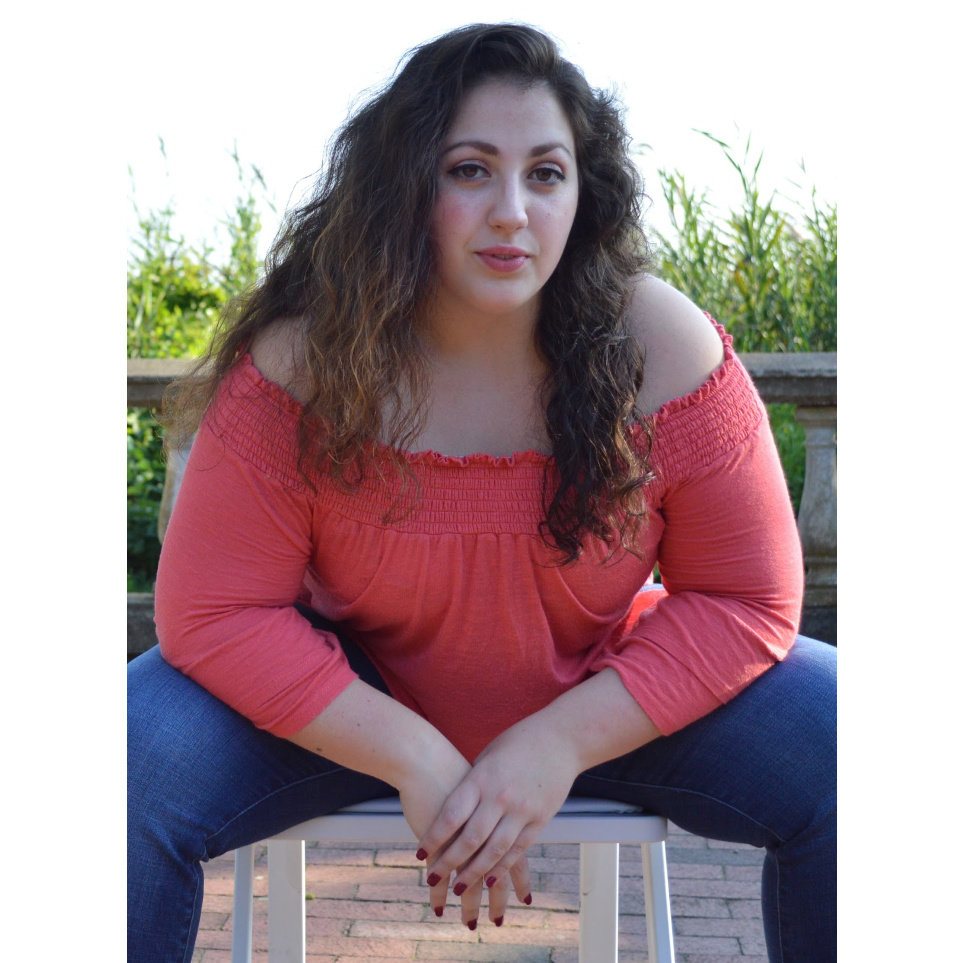 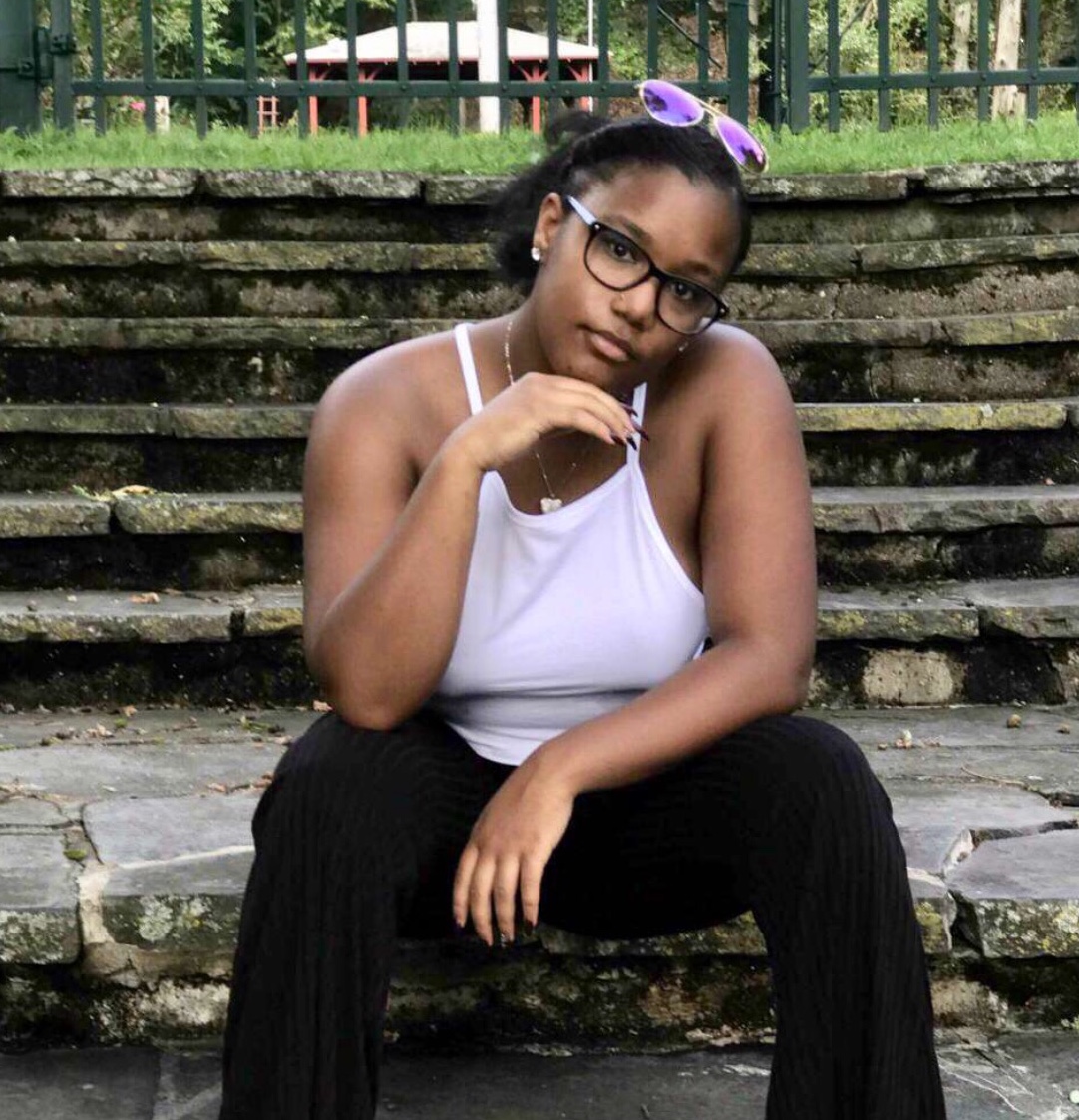 Makala has been with Dance Express since 2007. She is attending Three Rivers Community College as a Psychology major. She is a graduate of Norwich Free Academy where she was Varsity Cheer Captain and a member of the dance team. She performed and competed with Dance Express Dance Company. She has competed in Connecticut, Massachusetts, Rhode Island, and New York and was a National Dance Champion in 2010 and 2011. She has trained with Steve “Khaos” Wilson, Calan Bryant, Robin Dunn, Jason Samuels Smith, Brian Friedman, Tyce Diorio, and Lakey Evans-Pena. She specializes in teaching Creative Movement, Jazz, Hip Hop, Ballet, and Tap. She is also a certified instructor for Express It!™ Dance Fitness. Makala was nominated for Best Dance Instructor in the 2019 Reader’s Choice Awards.

Ryanne has been with Dance Express LLC since it opened. She is a graduate from UCONN where she was a member of the UCONN Dance Company. She is an original member of the Dance Express Company. Ryanne works with the XRae Dance Company. She has competed in Connecticut, Massachusetts, and New Jersey and is a 2010 National Dance Champion.  She has trained with Lakey Evans, Sue Samuels, Mia Michaels, Sheila Barker, Tyce Diorio, Dave Scott, Desmond Richardson, Jason Samuels, Robin Dunn, Wade Robson, Shane Sparks, Rhapsody, Luam, Brian Friedman, and Cris Judd to name a few. She has also attended dance teacher training with Andrea Markus, Sean Curran, Billy Siengenfeld, Thom Cobb, Bob Rizzo, Becca Retter, Reagan Marie, and Janice Barringer. She has also had Early Childhood Dance Courses with Beverly and Annie Spell, PhD. Ryanne specializes in Jazz, Modern, Yoga, Ballet, Improvisation, and Creative Movement. 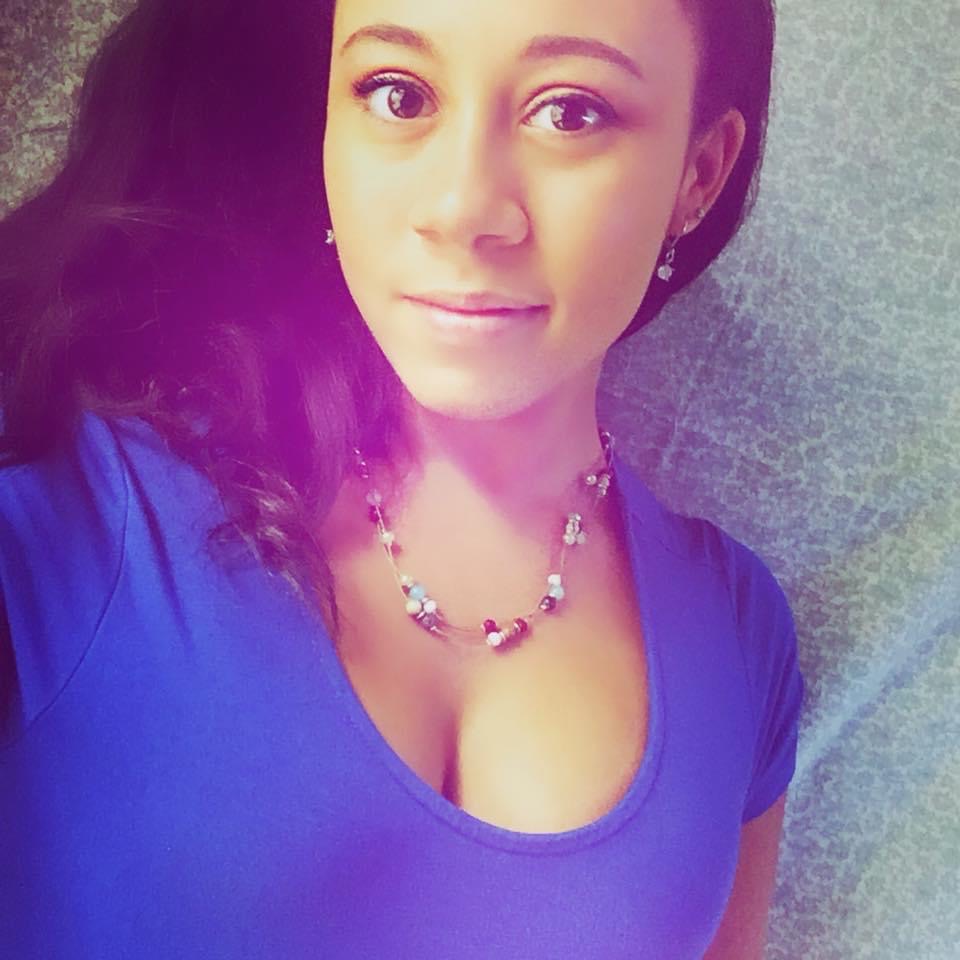 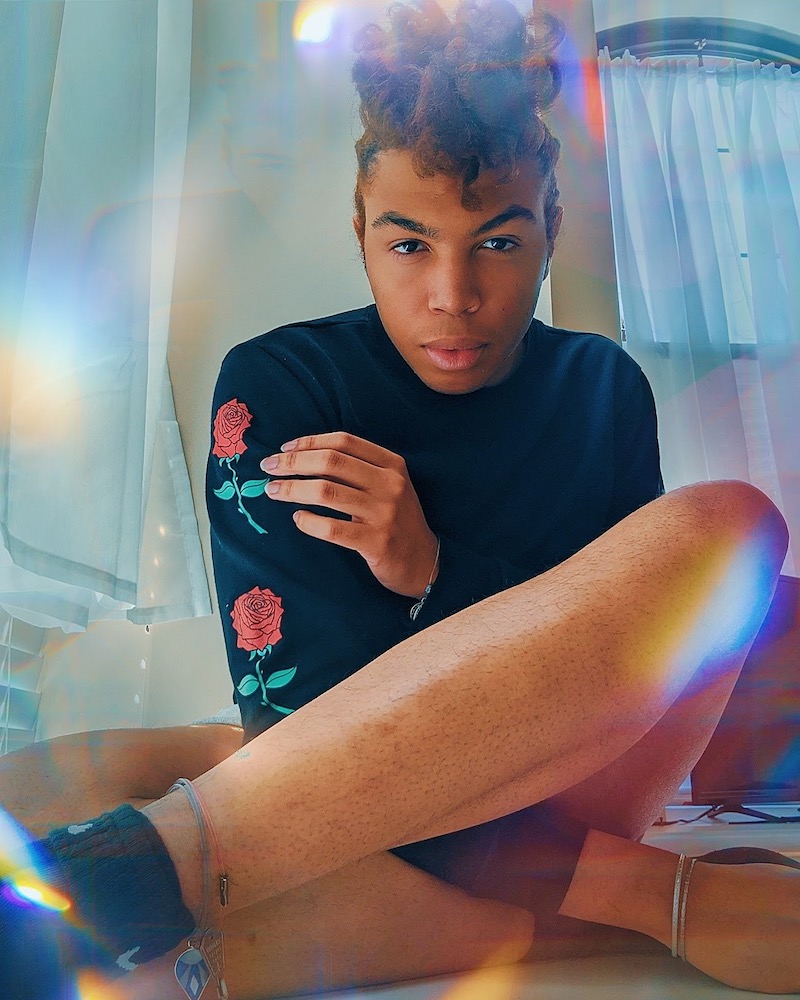 TyQuan has been with Dance Express since 2011. He is a graduate of Norwich Free Academy where he was a color guard with the competitive marching band and a member of the dance team. He has performed with Dance Express Dance Company. He has worked as a back-up dancer with the Ultimate Michael Jackson Experience, Echoes of Sinatra, and for Alyson Stoner. He performed with the Oasis Dance Company and the New England Black Wolves. He has been a soloist with the Black Leaves Project and a dancer with the WNBA Connecticut Sun. In addition to Dance Express LLC, he has trained with Steve “Khaos” Wilson, Gary Coburn, Catherine J. Fellows, Aleisha Jenkins, and Denzel Taylor. He specializes in teaching Jazz/Acro, Hip Hop, and Contemporary.